Although I’m far removed from my days as a competitive athlete, I still reflect on it and think to myself…being a youth athlete was actually pretty hard.  Now obviously I don’t mean hard in the sense that you have to compete with some of the best athletes in the world on a daily or weekly basis.  Moreso being a youth athlete can be hard because you’re still figuring things out.  There’s still so much you don’t know in terms of how to prepare yourself, who can prepare you, and what works best for you as an athlete.  And if you don’t have parents who know any better than you’re really out of luck.  Most people are unaware but the industry of youth athletics is sort of like the wild west.  It’s an unregulated, multi-million dollar industry where coaches, mentors, and recruiters can cash out on every kid’s dream of being a Division 1 athlete.  It’s pretty gross really, and this is probably the starkest difference compared to when I grew up.  Now this isn’t to say that there aren’t good coaches, mentors, and recruiters who sincerely help young athletes develop (i’d like to think i’m one of them), but yes some make a pretty penny providing absolutely nothing. 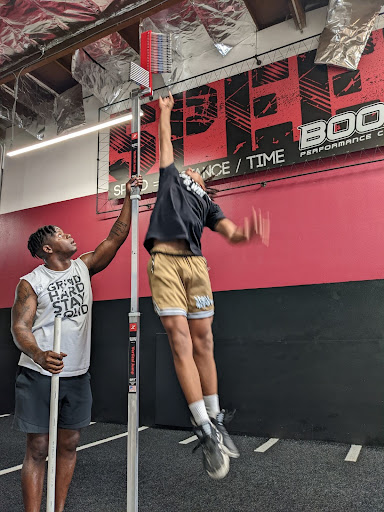 Now, I’m not here to talk about who the bad coaches are because it’s actually really hard to say.  Besides, many times as a youth athlete you’re faced with situations that aren’t entirely your own fault.  Parents also, and primarily, get sold on nonsensical ideas regarding athletic development for their kids.  At the end of that day you can only focus on what you can control, and one thing that’s always in your control is being consistent.  Consistency is a powerful force as an athlete because it demands outcomes out of any situation.  Now you might have noticed that I said “outcomes”, and not “positive outcomes”, and the reason why is because the outcomes won’t always be what you expect, but they’ll be better than doing absolutely nothing.

When using the force of consistency it’s important to understand that your outcomes will be a direct result of whatever it is you are consistently doing.  This means if you’re a baseball player consistently working on hitting, naturally you will become a better hitter.  If you are a defensive back consistently working on coverage skills, naturally you will become a better cover guy.  The key here is knowing exactly what it is that you want to work on, and then doing it over and over again over the course of days, weeks and months.  But here is where it gets hard (because to achieve anything worthwhile it will always be hard), you have to do it on days you don’t feel like it, days that your trainer isn’t available, days that you don’t have scheduled training sessions. You have to find ways to do it even when it isn’t the best circumstances.

This is what consistency looks like as an athlete, forcing your will upon a situation until it gives you the desired outcome.  And about those outcomes, even if you consistently do something that isn’t what you should be doing, you’ll end up further along than where you were before, you’ve built the habit of doing something consistently, and you can always adjust your strategy and try again.  It’s simple, but of course not necessarily easy.  But to keep you on track follow the formula below and tap into a power that will always bear fruit as an athlete, and in life! -Boostman