If you’ve ever read any of my blogs or have heard me speaking on my organization’s Instagram page @Boosttraining, then you know I believe strength training is the key to optimal athletic performance.   I like to move weight! (in the weight room that is).  At my gym, the Boost Performance Center, in Corona, CA, 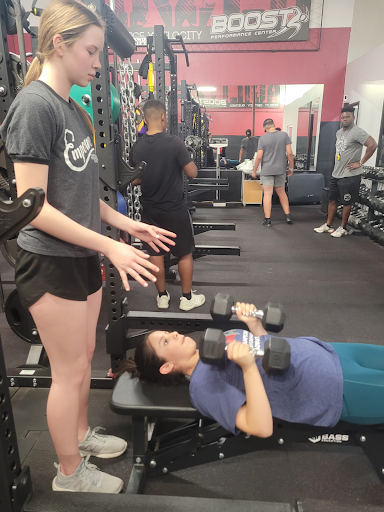 we have all types of programs for all types of athletes for all different times of the year.  It kills me the amount of girls I see not dedicated to a robust strength program.  It’s as if there’s this belief that they should do less intense strength training or don’t receive the same benefits as boys do.  Let’s clear all this nonsense up right now.

First and foremost girls need strength training because girls work hard!  Every time girls step in my gym it’s literally the same story, if they’re not in high school they play club year round, and if they are in high school they play their high school season and then it’s back to club.  It’s a cycle of continuous play that makes absolutely no sense at all.  It blows my mind the amount of hours some of these girls accumulate in pursuit of mastering their craft.  Now, to say that girls do no strength training at all is not true, its just not nearly as consistent and thorough as you see their peers of the opposite sex.  Usually they are only able to dedicate a day or two if any at all.  Now imagine all that work, all the repetitive movements day in and day out, and what that does to your body over time.  Sooner or later your body simply won’t be able to handle the stress of all that running, jumping, cutting and change of direction.  At that point injury is almost always imminent.

So it’s not an issue of hard work because in terms of overall work volume for sport specific practice, girls are right there with boys.  I think the issue is actually a lot more complex in that there is a stigma that exists with girls’ strength training.  I believe this stigma is that they are concerned about the idea of getting “buff” from lifting weights.  What drives this idea is a topic for another blog, but what is clear is girls don’t seem to be interested in dedicating the time to a 3 day per week strength training program, and neither do their parents.  The idea of girls getting buff is simply not true primarily because of the hormonal differences between girls and boys. 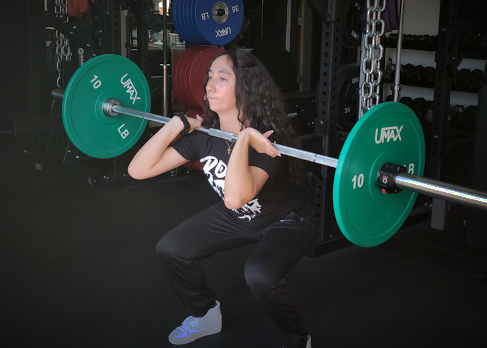 But you can expect girls to develop lean muscle which is attributed to speed, agility, power, and durability, just like boys.

The benefits of strength training for girls is a non argument, so is the idea of girls getting buff since muscular hypertrophy (muscle size increase) is driven by testosterone which boys possess higher amounts of.  The fact is, girls need to be given the opportunity to reap the benefits of strength training just as much as boys do, and until then they will continue, for the most part, to have higher instances of injury than boys.

We need to change the conversation regarding girls and strength training, eliminate the stigmas and stick to the facts.  Most coaches understand the importance of strength training for their athletes, but it doesn’t always fit the goals of year round tournaments.  They might bring some sleds and bands out but that will never match the amount of strength training needed to keep girls healthy enough to continuously perform at a high level.  And of course, sometimes there just isn’t enough money to go around. Bringing in a professional strength coach isn’t always something that coaches are willing to spend money on, but it only hurts their players; the girls.  -Boostman